more_horiz
I have stockfish 8 with end game syzygy, but i want to replace syzygy with end game gaviota, what if anyone know how its how, please help me, thanks 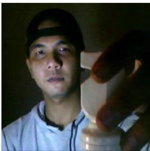 Gaviota and Nalimov can be installed on GUI (Graphical User Interface), different With syzgyn with relatively small size compared to gaviota,

syzgyn is designed with fast accurate calculations in assist with the engine's own performance, very different from Nalimov or gaviota which relies on old version algorithm calculations and relies on files, the latest and strongest machines are now on Complete the syzgyn support,

in other stockfish 8 now does not support gaviota EGTB, gaviota can only be installed in the GUI (Graphical User Interface) so after entering endgame machine stockfish 8 in disable and taken over by EGTB gaviota,

more_horiz
Thanks a lot, i will try it in GUI sherrder 5 portable,
mario1234Member

more_horiz
Shredder of commercial and forbidden products are provided freely, even portable ones, if caught in the capture of North Korean military police
R4ML4NMember

Re: change syzygy to gaviota