more_horiz
In Just 4 Hours, Google's AI Mastered All The Chess Knowledge in History
"This algorithm could run cities, continents, universes."

PETER DOCKRILL 7 DEC 2017
Chess isn't an easy game, by human standards. But for an artificial intelligence powered by a formidable, almost alien mindset, the trivial diversion can be mastered in a few spare hours.


In other words, all of humanity's chess knowledge – and beyond – was absorbed and surpassed by an AI in about as long as it takes to drive from New York City to Washington, DC.

After being programmed with only the rules of chess (no strategies), in just four hours AlphaZero had mastered the game to the extent it was able to best the highest-rated chess-playing program Stockfish.

In a series of 100 games against Stockfish, AlphaZero won 25 games while playing as white (with first mover advantage), and picked up three games playing as black. The rest of the contests were draws, with Stockfish recording no wins and AlphaZero no losses.

"We now know who our new overlord is," said chess researcher David Kramaley, the CEO of chess science website Chessable.

"It will no doubt revolutionise the game, but think about how this could be applied outside chess. This algorithm could run cities, continents, universes."

Developed by Google's DeepMind AI lab, AlphaZero is a tweaked, more generic version of AlphaGo Zero, which specialises in playing the Chinese board game, Go.


DeepMind has been refining this AI for years, in the process besting a series of human champions who fell like dominoes before the indomitable, "Godlike" neural network.

That victory streak culminated in a startling success in October, in which a new fully autonomous version of the AI – which only learns by playing itself, never facing humans – bested all its former incarnations.

By contrast, AlphaGo Zero's predecessors partly learned how to play the game by watching moves made by human players.

That effort was intended to assist the fledgling AI in learning strategy, but it seems it may have actually been a handicap, since AlphaGo Zero's fully self-reliant learning proved devastatingly more effective in one-on-one competition.

"It's like an alien civilisation inventing its own mathematics," computer scientist Nick Hynes from MIT told Gizmodo in October.

"What we're seeing here is a model free from human bias and presuppositions. It can learn whatever it determines is optimal, which may indeed be more nuanced that our own conceptions of the same."


But things are moving so fast in this field that already the October accomplishment may have been outmoded.

In their new paper, the team outlines how the very latest AlphaZero AI takes the self-playing reliance – called reinforcement learning – and applies it with a much more generalised streak that gives it a broader focus to problem solving.

That broader focus means AlphaZero doesn't just play chess. It also plays Shogi (aka Japanese chess) and Go too – and, perhaps unsurprisingly, it only took two and eight hours respectively to master those games as well.

For now, Google and DeepMind's computer scientists aren't commenting publicly on the new research, which hasn't as yet been peer-reviewed.

But from what we can tell so far, this algorithm's dizzying ascent to the pinnacle of artificial intelligence is far from over, and even chess grandmasters are bewildered by the spectacle before them.

"I always wondered how it would be if a superior species landed on Earth and showed us how they played chess," grandmaster Peter Heine Nielsen told the BBC.

more_horiz
but is it going to be .exe engine like stockfish to use or no ?
killerxtnMember 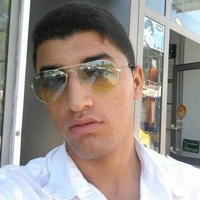 more_horiz
1. this alpha zero is not for the public and will never be.
2. me and many others doubt the credibility of this test
3. look at the lichess analyses and build your own judgement

more_horiz
dont go by what lichess tells you. I was shocked by lichess as well but then used my own computer to do a more in depth evaluation and they ended up coming up with the same moves betweet 24-34 depth
guttedddMember

more_horiz
You're right. Stockfish on 64 cores and one minute probably reaches 38+ search depths in gamemode.
Lichess analyses were done in a few seconds.
Alexia_NadineMember

more_horiz
what do you know about Alpha zero ??, as far as I know this is a machine designed for GO engine (Japanese Chess) but I heard Alpha sero is now modified to play chess and also shogi, program designed specifically for chess (Stockfish) and Shogi (elmo) in defeat, especially Stockfish 8 in 100 games none of the 8 winfish win, is that right? 72 Draw, 28 victories for Alpah zero chess, with this KOMODO, STOCKFISH and HOUDINI have been in ALIEN with their own chess game style, WORLD CHESS MACHINE, STRONG WEATHER ARRIVAL :shock: :shock:


I think the most important factor of the power of a chess machine lies in the theory of strong line crushing and accurate endgame tablebases, as strong as if the bad opening is the same lie that happens when stockfish 8 against alpha zero, if only stockfish is supported by the opening book and end game tablebases I think it will be another result, the opening of the stockfish chess machine is very weak, the stockfish is only strong in the middelgame Complication, how do you guys think?

the strongest at the moment

more_horiz
And also in the Shogi scene they are not happy

That is a debateable point to start with.

But at the end of the day this new machine/brain ( AlphaZero) will never be used by Joe Public, so don't worry about it too much!

Of course, the chess world can think of one well known troll who could have beaten it.

more_horiz
I honestly did not really see anything new, considering that 20 years ago, a powerful machine by the standards of the that time won  of the one of best chess player of all the times, with the promise of revolution in dedicated hardware, and today we only really remember the match, Deep Blue? Dismounted, the match did was shake the market, media, business, etc ... but revolution? The only concrete thing I saw in Alphazero vs Stockfish was 10% of the games and the only big real move was that  21.Bg5 !!, I would like to point out that, 4 hours running on network supercomputer systems today, are equivalent to years of the Deep Blue period , about no human interaction to learn I'm also skeptical, but that would be another discussion ....
luizcarluzMember

more_horiz
I have seen 10 out of the 100 games played between Goog'es AlphaZero and Stockfish; I would love for Google to reliease the other 90 games played, so that they can be publicly scrutinized. I believe that we as a whole could learn a great deal from these games.  This may be another 'Deep Blue 1997', but one cannot deny that absorbing  all of Humanity's and Machine's Chess Knowledge in just 4 hours is absolutely astonishing. Take for example AlphaZero's game 5, move 21.Bg5!!. It took my engine over 5 hours and it still didn't find this move. I think top GM's will continue to analyze the briliiancy of this move for years to come.

more_horiz
Not even with very large search depths these Stockfish moves are provable(50+).
Sorry Googles Deep Mind is just a troll.
Alexia_NadineMember

more_horiz
"On December 4th, 2017, Google Headquarters in London applied their DeepMind AI project to the game of chess. The event was more of an experiment than a chess exhibition, and the results are groundbreaking in both the fields of computing and chess.

Rather than relying on the classic "alpha-beta algorithm" common to conventional chess software, AlphaZero uses a deep neural network and is trained solely by reinforcement learning from games of self-play. It scans only 40,000 positions per second compared to Stockfish's 70 million. AlphaZero played Stockfish 100 games, winning 28 and drawing the rest.(1) A subset of the match, 10 games that AlphaZero won, was released to the public."
JagloMember

Neural network is used to evaluate positions. This technology can be used on a regular PC with GPU.
JagloMember

more_horiz
is it true in the days to come, Alpha zero can be accessed on the cloud server ?
R4ML4NMember