The best settings for the engine Houdini 1.5a x64

more_horiz
The best settings for the engine Houdini 1.5a x64

1. we will adjust the settings interface ( Deep Shredder 12 and Deep Fritz 12 ) or any program that has the same interface 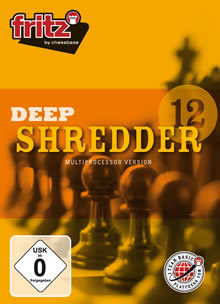 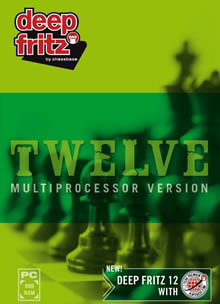 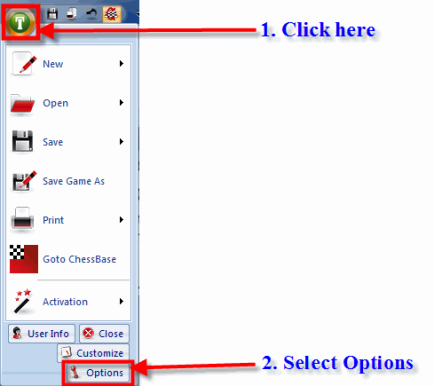 What do you mean these settings : Here you can set a number of parameters relating to the games.
Resign:
* "Late" means that the program will have to see three times in a row an evaluation of 6.5 pawn units or worse for itself before it throws in the towel.
* "Early" means it has to see minus 4.8 three times.
* "Never" means exactly that.

Note that the program will not resign if it sees that it's being mated. Why spoil the fun?

Draw:This has the same type of options as resigning – Early, Late and Never.

Single click entry: It's a blitz game, you are completely winning, but your time is running out. Use the single-click entry to avoid this situation.

Aggressive: Same as normal, but if more than one piece can move to the clicked square the piece that last moved will automatically be chosen. This allows you to execute a long check sequence or a king march very rapidly. A second difference: if you click a piece that can make a number of moves, if one of these captures the piece the opponent has just moved, then the capture is automatically executed.

Important Note: When you close the program and re-open it you must make sure all the previous settings When you close the program and re-open it you do not need to re-adjust the engine settings
Just click on the Load, and restore the previous settings will be saved After the completion of the settings of the engine press OK

What about the Gaviota Table ( Endgame Tablebases ) with Engine Houdini ?
Houdini integrates the Gaviota EGTB probing code © Miguel A. Ballicora. All information about Gaviota EGTB files can be found at the Gaviota web site .
Even without EGTB Houdini is a great performer in the end game because of its extensive built-in knowledge of basic endings (e.g. KQ v KP and KB v KBP). Knowing that the EGTB access is very slow compared to a native evaluation of the position, a generic use of EGTB might actually decrease the
playing strength. To cope with this situation Houdini will vary the frequency at which the EGTB are probed depending on the end game that is occurring.

In difficult endings in which the table bases are very useful (e.g. KQP v KQ or KRP v KR) Houdini will probe the EGTB files much earlier than in endings that are easy to evaluate.

The location of the Gaviota EGTB files is specified in the GaviotaTbPath option. Houdini will scan the folder for the "kqkr.gtb.cpX" file and accordingly decide which compression level to use.

The depth of the earliest probe of an EGTB can be configured with the Hard_Probe_Depth and Soft_Probe_Depth options. In a multi-core environment you may want to increase these values to reduce the likelihood of several cores probing the EGTB simultaneously.

The following UCI options are available:
Hash: Amount of hash table memory used by the program in MB. Default 128, min 4, max 1024/16384 (32/64-bit).
Threads: Maximum number of cores used by the analysis. Default is hardware-dependent, min 1, max 8.
Split_Depth: Minimum depth at which work will be split between cores, see below. Default 10, min 8, max 99.
Ponder: [game play only] Have the engine think during its opponent's time. True (1) or false (0).
Contempt: Level of contempt to avoid draws in game play. Default 1, min 0 (none), max 2 (aggressive).
Analysis_Contempt: [position analysis only] Activate Contempt in position analysis. True (1) or false (0).
MultiPV: [position analysis only] Number of principal variations shown. Default 1, min 1, max 16.
GaviotaTbPath: Folder containing Gaviota EGTB files
GaviotaTbCache: Amount of Gaviota EGTB cache memory in MB. Default 64, min 4, max 1024.
Hard_Probe_Depth: Minimum depth at which a hard EGTB probe is performed. Default 24, min 2, max 99.
Soft_Probe_Depth: Minimum depth at which a soft EGTB probe is performed. Default 16, min 2, max 99.
Setting the correct number of threads when hyper-threading is available
On Intel processors with so-called hyper-threading, it is recommended to set the number of threads not higher than the number of physical cores.
The architecture of Houdini is not very well suited for hyper-threading, use of more threads than physical cores will usually degrade the performance of the engine.


3. Choose the book you want to play it and watch to the settings established by the author . more_horiz
Thank aboghadeer 2010
but
I play the playchess.com room for engine (Dep fretz 12)
and I have very bad results with hudini15 a x 64
I used CPU I7 920 2.8 mgh
Can you help me with some adjustment
Marijana22Member

You are welcome Marijana22
You need some adjustments and additions to the win
1. You must select a strong book. For example ( VESELY book 1.0 )
2. You should put the hash on the maximum Ram. For example, if you have 12 GB RAM choose from 8 GB
3. Do not rush to move, but leave the engine takes enough time in the analysis. Houdini engine needs to be about one minute to give you the best and most powerful move

more_horiz
Thanks aboghadeer2010
you are very, very kind.
I have downloaded VESELY book 1.0
but my computer can not open it
Can you help me?
THANX
Marijana22Member

Of course, my dear brother
I'm here to help you

@Marijana22 wrote:
but my computer can not open it

Let me tell you a way to open the book

1.After you download the book unzip the by the program winzip

2.the WinZIP program will compile all parts of the book in one file of type 7z

3.You must have a program 7z search for it in Google and you will find and install on your computer

4.Now unzip ( VESELY book 1.0.7z ) , by 7z program in a special folder and you will find all the book files and image settings
aboghadeer2010Member 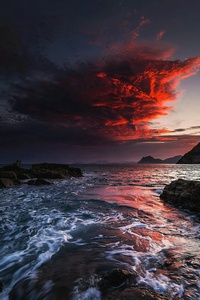 more_horiz
Deer aboghadeer2010
I am all I've done as you said but the program 7z could not unpack it.
Message appears: canot open thes file C.........../vesely 1.0 as arhive.
Best regards,
Your sister
Marijana22Member

@victor jesus wrote:
aboghadeer hello for 32w is the same optimizacion for houdini?Thanks.

You are welcome : victor jesus
There is no difference between the settings Houdini 32 or Houdini 64
All settings are equal

@Marijana22 wrote:
Deer aboghadeer2010
I am all I've done as you said but the program 7z could not unpack it.
Message appears: canot open thes file C.........../vesely 1.0 as arhive.
Best regards,
Your sister

more_horiz
yes, this is true.
I managed to download the program, everything is fine.
on my fritz playing DEEP RYBKA SEE 42 x64 book: R22 = ROBOT22 against HOUDINI1.5a x64 book:vesely 1.0 5 minutes
rybka currently leads by 4.5 to 0.5
Why?
best regards.
your sister
Marijana22Member

more_horiz
do u setup www.come2play.com? I mean , i registered, and how do i setup a table with predetrmined times and so on???
Thx in advance.
chesstangoMember

more_horiz
Hi Aboghadeer2010, I play in playchess.com, I used you settings and let the engine play all night. My resulats were real bad, I lost about 200 points. I am downloading the book vesely 1.0 and hopefully it will be a positive change. Thank you for sharing your ideas. :sm2:
Red TrainMember

more_horiz
You are welcome : Red Train

Why do all these things ?
Because their hardware most in ( PlayChess.com ) very strong and They can win easily on the players
who do not have strong hardware or Strong engine or Opening book Strong

more_horiz
Can you tell me hou to use a book in a newgame(not in engine match)Thank you !
nijiati14Member 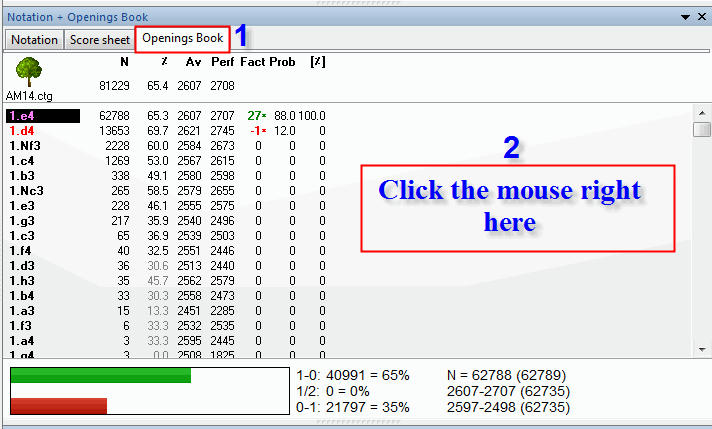 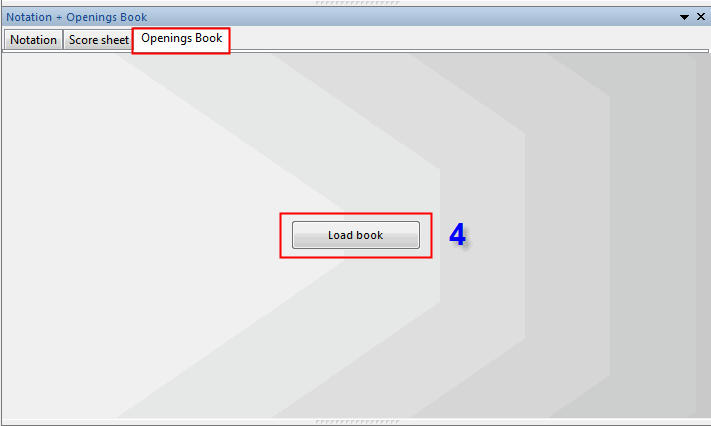 more_horiz
why you choose the number 19 for the Split_Depth

Split_Depth: Minimum depth at which work will be split between cores.Default 10, min 8, max 99.

The default value 10 is tuned for quad Core i5/i7 systems, but on other systems it may be advantageous to increase this to 12 or 13.
To select the best Split_Depth for your system you should analyze some positions for a fixed duration (e.g. 30 seconds) and measure the average nodes/second.
Do this for all values of Split_Depth between 10 and 14, and keep the value that produces the highest average node speed.

After several tests, the best number is 19

more_horiz
thanks aboghadeer2010
but is there any tests about all that settings ?
GuestGuest

Re: The best settings for the engine Houdini 1.5a x64