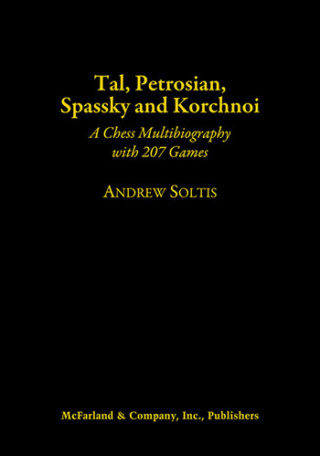 This book describes the intense rivalry—and collaboration—of the four players who created the golden era when USSR chess players dominated the world. More than 200 annotated games are included, along with personal details—many for the first time in English.
Mikhail Tal, the roguish, doomed Latvian who changed the way chess players think about attack and sacrifice; Tigran Petrosian, the brilliant, henpecked Armenian whose wife drove him to become the world’s best player; Boris Spassky, the prodigy who survived near-starvation and later bouts of melancholia to succeed Petrosian—but is best remembered for losing to Bobby Fischer; and “Evil” Viktor Korchnoi, whose mixture of genius and jealousy helped him eventually surpass his three rivals (but fate denied him the title $65