@Fire_Fox wrote:
You don't sell it, so no need to publish, even if you do, I'm not sure if you have to do.
And you can do the same as chessbase. Point anyone who wants the source to the Stockfish and LC0 page

Read the GPLv3. If you distribute a modified work, you have to provide the modified source code. Note that the chessbase link is to a forked and modified branch, not the main lc0 repo.

As for providing the code in a timely manner, that’s addressed in court cases. If you don’t want to make your code available, don’t use GPL’d software as the base for your mods.
dkappeMember

In cutechess-cli with Alpha Sub Zero I get over and over "illegal PV moves" warnings from cutechess-cli. Extremly annoying.
pohl4711Member

@bookmaker wrote:
look this is not a virus this is safe program ,if AV reports it as virus just false alert

this is general idea behind 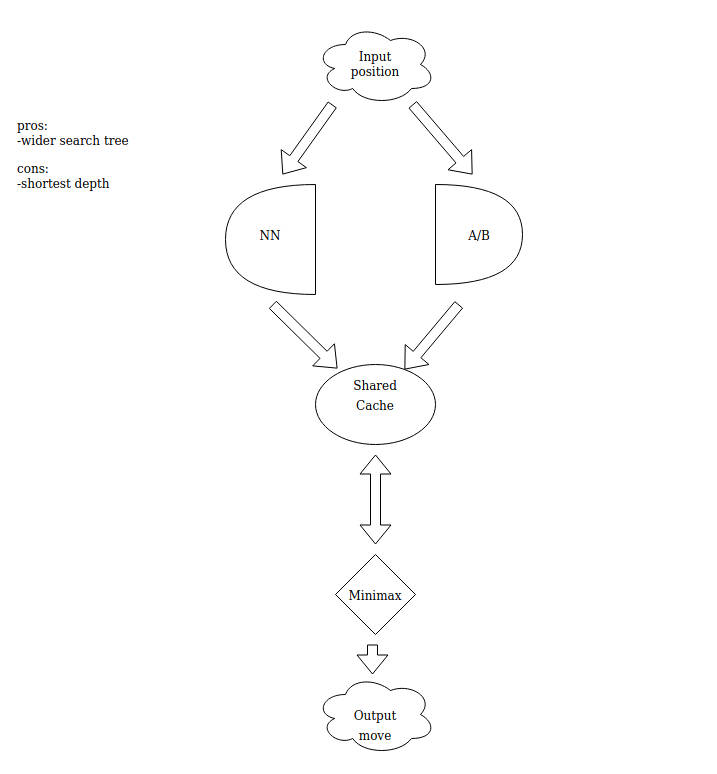 Good direction, but I have two points:

1) Use GPU instead of CPU for NN. This will allow all CPU power to be used to perform A-B searches. Additionally LC0 will work much faster.

2) Let Stockfish search deeper than LC0. This way he will be able to find strong tactical moves.

The right combination of LC0 and Stockfish should be much stronger than each of the component engines.
JagloMember

Good direction, but I have two points:

1) Use GPU instead of CPU for NN. This will allow all CPU power to be used to perform A-B searches. Additionally LC0 will work much faster.

2) Let Stockfish search deeper than LC0. This way he will be able to find strong tactical moves.

The right combination of LC0 and Stockfish should be much stronger than each of the component engines.

it would be good if it was true, but in fact it's totally fake.

the engine doesn't use NN file. At all, it's just a file lying around as a decoration, for misleading people.
the engine doesn't use libopenblas.dll either. At all. It doesn't load it. It's just, well, theatrical props.
all those "loaded network, opened libblas, using batch size of 256" messages are just hardcoded strings that the "engine" shows at start without actually doing any of that.

all that runs there is stockfish. But again, to mislead people, nps is just divided by 1000.

there's not a trace of using any kind of neural network "subzero". all the author is trying to do is cheating and lying.

more_horiz
look this is early version (alpha) and as in early versions can be some technical issues.
read this https://en.wikipedia.org/wiki/Software_release_life_cycle
alpha means that  some software bugs  possible  and then is relese candidate RC ad everything works as intended.
bookmakerMember

more_horiz
Can I have the first file that was published of this engine here?
Thanks
Alexa1978Member

more_horiz
Thank you, but this isn't the first file, I asked the first because in the first file you posted, the "d" and "eval" commands of stockfish were still active. From the second these commands have been disabled. A dear user, however, sent it to me, so thanks anyway!

more_horiz
ok but this is bugged and freezing after some time,this is totaly useless for playing, now im working on next version.New version will use own custom network as its in topic post.This new network will be other format than Lc0 so  know one can claim that is Lc0 net.
bookmakerMember

more_horiz
I managed to remove the protections (very smart) with IDA Pro present on the file. I found a lot of Stockfish code and other stuff put at random (you could very well remove these useless mandatory calls that there are so much the engine just wants their physical presence in the same folder). I expect a completely different situation in the next release, since you said that the engine will be more similar to Lc0 .... perhaps removing the protections I will find no more Stockfish but Lc0 and certainly more contained engine performance. Dear bookmaker, I'm ready ...
Ah, I forgot: in addition to the usual commands perft 5, eval, d, ... of Stochfish remember the next time to change the timestamp (because for Stockfish it is always the same ...) 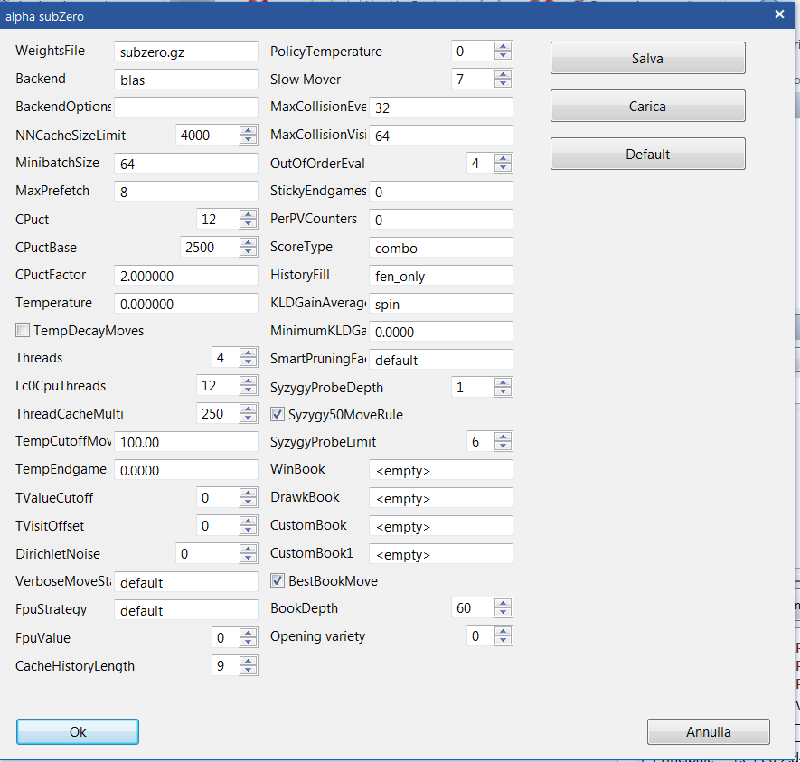 more_horiz
what are you trying to prove?
Fire_FoxMember

more_horiz
some test newer version is it learn or not

test is run to check learning and all is for that purpse.
engine playing only 1 short opening

and then it calculates on 2 GB ram and 10 threads.
bookmakerMember

more_horiz
Is it possibiltys to get this newer version?
ilmarineMember

@Fire_Fox wrote:
what are you trying to prove?

Are you blind? He did not only try, but he just proved that the plain thing is simply a disguised Stockfish dev version,
with nothing of LC0+NN involved in game playing at all, plus a manipulated node count.
rwbcMember 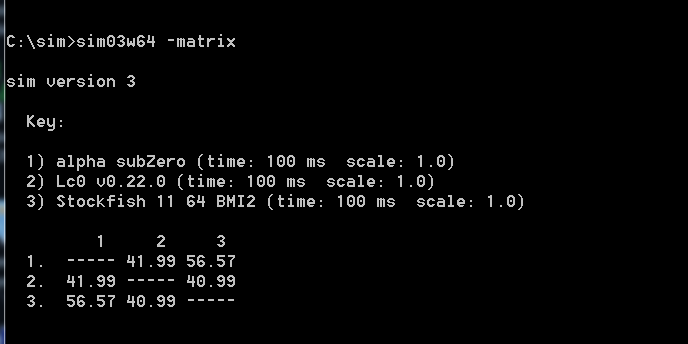 I am quite sure that I could show >90% for depth 1 at low nodes (depth 1 first line - will be a new feature soon in MEA)
in the simtest for the 'first' version.
(A pity that this *sub-thing* doesn't run on my old quadcore, respectively crashes my OS, such I have to do a hard reset) 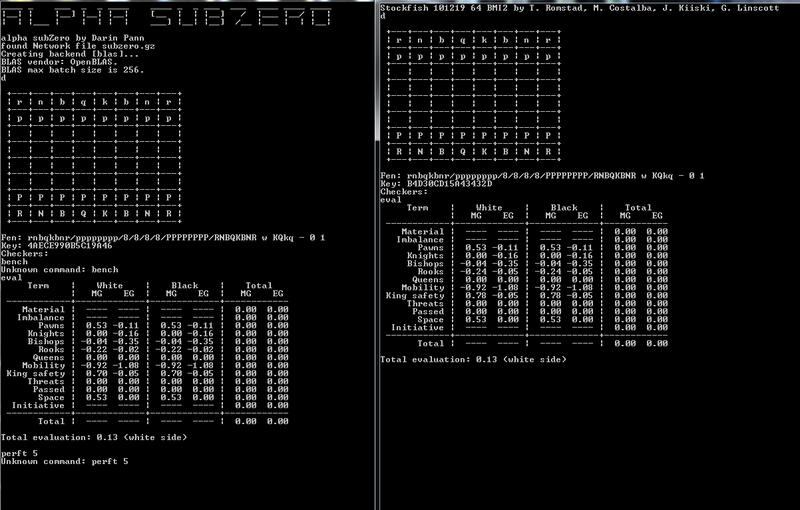 more_horiz
The same applies to : Sugar, Raubfish, Eman and many others without Source!!
So, what's your problem?
Fire_FoxMember

more_horiz
For me, for example, the problem with the "suspicious" file is bigger.
Fire_FoxMember

@bookmaker wrote:
some test newer version is it learn or not

what is mean 4k??
FrankieCASTLEMember

you can watch stream live
http://infinitybook.pl/stream.html

you can watch stream live
http://infinitybook.pl/stream.html

Re: Alpha subZero - NN for CPU