more_horiz
Backward Pawn A pawn which, through defect in  education or inherent lack of ability, makes a stupid move,  Intelligence tests do not confirm the popular belief that black pawns are more dumb than white pawns. Persistent crass stupidity can lose a pawn all his friends. He is then known as an isolated pawn.

Bad Bishop One who consorts with actresses or those of a theatrical persuasion. In the early days of the Reformation, any bishop seen participating in the Stonewall variation of the Dutch defence on Black's c8 was liable to immediate excommunication. Only centuries later, after discovery of the Finchley Central , was this variation expunged from the Vatican's list of forbidden openings.

Blockade A paramilitary manoeuvre to prevent the opponent from obtaining supplies or refreshment between moves. This is simplest accomplished by an allied detachment  strategically placed to form a long instant queue at the tea counter as soon as they see him coming.

Capablanca It is not generally known that this Cuban World Champion was born in England under the name of Whitehead. After an unsuccessful attempt to interest Bertrand Russell in joint authorship of a work entitled Principia Scacchis-tica, he immigrated to Havana and Latinized his name. There he wrote the book on his own and called it Chess Fundamentals. After defeating Lasker for the World title, he acknowledged the helpful advice given by his Irish neighbour Al O'Keane; 'You'll never get anywhere with a name like Whitehead.'

Counterpoint A musical device to help chessplayers add up their wins. Originally invented by J. S. Bach as a personal favour to Philidor to enable the latter to total his points  between writing operas. Philidor later earned enough to buy a pocket calculator, which accounts for the relative lack of  contrapuntal writing in his later works. His gratitude, however, is clearly shown in the mating combination known as 'Philidor's Legacy', which he bequeathed to Bach in his will.  Unfortunately Bach was already some forty years dead by the time the will was read. We can but speculate on what a fine chessplayer he might have become had he lived long enough to inherit. 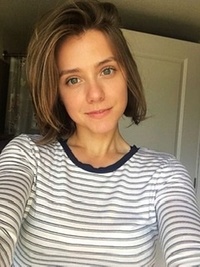 more_horiz
Deciduous A term of abuse originally applied only to pawn formations. If a pawn structure is riddled with so many weak and isolated pawns that something is bound to drop off pretty soon, then the whole structure is termed deciduous. Later the expression was loosely applied to any bad position. By an etymologically interesting back formation, the term  'evergreen' was applied to the game Anderssen Dufresne 1852. The ninth game of the 1951 Botvinnik-Bronstein match is known as 'The Deciduous Game'.

Diagonalization The process of winning a game by means of a mating combination along one of the long diagonals. A bishop in Finchley Central is an essential prerequisite to diagonalization. The originator of this term is reputed to be the English mathematician and grandmaster Dr J. Nunn: 'If he takes my pawn, I'll diagonalize him.' (BBC tape, 3.10.78; wiped later the same day.)

Dragon Variation The name of this Sicilian defence  variation has often been mistakenly attributed to a fanciful  resemblance between the black pawn formation and the profile of a mythical beast. This is all too whimsical to be true. A far more convincing derivation is from the tendency for theoretical arguments and analyses of this wretched opening to drag on and on and on.
The Benoni, however, is indeed so called because the black pawns look like a bunch of bananas. A single Benoni pawn is correctly termed a ben onus.

Finchley Central To develop a bishop on the long diagonal. The long diagonal was first discovered, and named after, the Irish musician and explorer Lonnie Donegal, on a visit to North London while searching for a short route from al to h8. The term Finchley Central was later taken to Europe where it appeared in early manuscripts in the corrupt form 'Finchentro' and later 'Fianchetto'. Bishops developed on long diagonals are said to be 'in Finchley Central' or 'Finchley Centralled'. Bishops on slightly shorter diagonals are said to be in Muswell Hill, Hendon or Golders Green according to the desirability of the diagonal. That the influence and power of Finchley Centralled bishops was known even before the Russian Revolution, is clear from Karl Marx's expressed last wish to be buried 'in Finchley Central'. He spoke metaphorically, of course, but the pall-bearers took him at his word.  Unfortunately they were short of the correct fare on the Northern line and found themselves having to alight at Highgate.