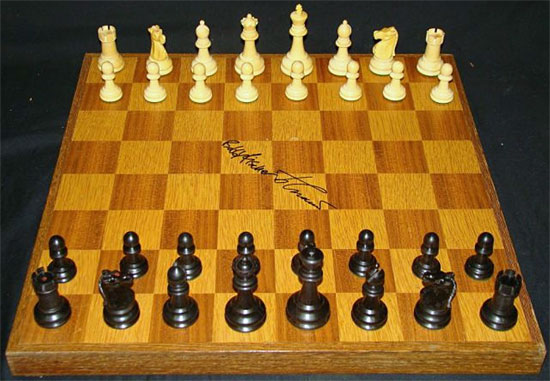 The third game of the 1972 "Match of the Century" was played in a backroom of the Laugardalshöll theatre in Reykjavik, after Fischer had complained about disturbances in the main hall and not turned up for the second game. The board used in game three was subsequently given to one of the organisers, who has now sold it in a New York auction. It fetched a record price of US $67,500.