more_horiz
I want to buy expensive processor but i must Choose between intel or AMD ? :sm11:
please i need some help :sm3:
GuestGuest 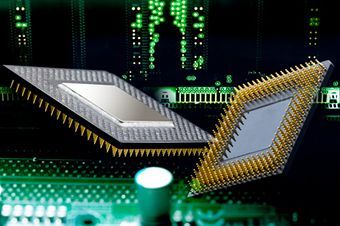 The central processing unit (CPU) is to computers what brain is to human beings. If the CPU does not function properly, a 22 inch LCD monitor would be absolutely futile. The point, therefore is that there is no use of 'beauty without brains'! Jokes apart, though, in computers, the processor is what you pay for the most, and then the other things follow suit. Talking of processors, Intel and AMD processors are the ones selling like hot cakes in the market. Which one is better, depends on what kind of a computer setup you are looking for. For now, lets take a look at AMD vs Intel Processors.

The Intel Story
Intel is undoubtedly the best processor on the face of this earth, I guess. You just cannot imagine a computer without an Intel processor! Although there were a few hiccups in between with the Pentium 4, the core series has got them back right on track. The latest chipset by Intel, the 'Xeon' is a dual core processor which boosts computer performance for business applications. If you purchase a P4 3.4 GHZ with HT Technology or a Xeon Processor you will spend between $4 and $1200 on an average. Intel, synonymous with processors, almost has a faster processor, which can handle much more. These processors have always been top notch, when it comes to main clock speed. Moreover, the need for a front side bus has been totally bypassed by Intel chips.

AMD Saga
Advanced Micro Devices' AMD Turion and Athlon are giving a tough fight to Intel. Starting off by making chips almost exactly like Intel's, later AMD started developing their own microprocessor chips. AMD processors have good power, if you are looking at gaming and stuff, but nothing more. However, AMD wins hands down when it comes to price in the battle of AMD vs Intel processors. Moreover, AMD has worked a lot on the power consumption and heating factor of its processors and AMD's Phenom is doing pretty well in the market.

AMD vs Intel Processors for Gaming

The cardinal question, when it comes to AMD vs Intel processors, is which one is good for gaming. Well, many a times, the gamers have given a nod to AMD processors. First things first, AMD is good when it comes to power, but that's that, for gaming. Yes, you save money and you can use the same to upgrade your system with a new graphics card and stuff. However, if you are not the kind who would be hooked on to games for ever, Intel is the way to go (It almost always is, isn't it?). If you are not a voracious gamer, Intel is the way to go. Even AMD's fastest chip, the Phenom X4 9950 (about $240), comes second when compared to equivalent systems packing a Core 2 Duo E8500 in dual-core friendly games. Eventually, it is up to you to decide who is the winner in AMD vs Intel processors based on what you want to do.

When you are looking at comparing the 2 processors for laptops, core clock speed is the first thing to consider. Intel is way ahead of AMD in that respect. When it comes to front side bus, which enhances the communication between multiple processing cores, Intel and AMD both are at par, nearly. Moving onto the features of lets say AMD Turion, it has several features in its dual core technology. To name a few, these are cool core and power now which work on the issues of increased power consumption and reduced generation of heat. Intel's Core 2 Duo and other high end processors are much more efficient and are faster, which works for laptop computers. This is one of the aspects when it comes to what to look for when buying a laptop.

Last but not the least, in the AMD vs Intel processors dilemma, is the heat generation factor and cost. It is better to fully inquire about how do both the processors deal with the problem, though both of them have improved greatly in this department. When it comes to price, AMD may have an advantage over Intel, as they are cheaper. Again it depends what is going to be the end usage, which one will be a preferred choice, with regards to AMD versus Intel chips comparison.

Some of the AMD vs Intel processors reviews may be a bit biased towards Intel, but that is crystal clear considering that Intel, by far, seems to be the best when it comes to processors, even if they are a bit expensive. You win some you lose some, right? Eventually it is not possible to write off either one in any department, unless you know what you want and what you are looking for, when it comes to AMD vs Intel processors. This is where I sign off! 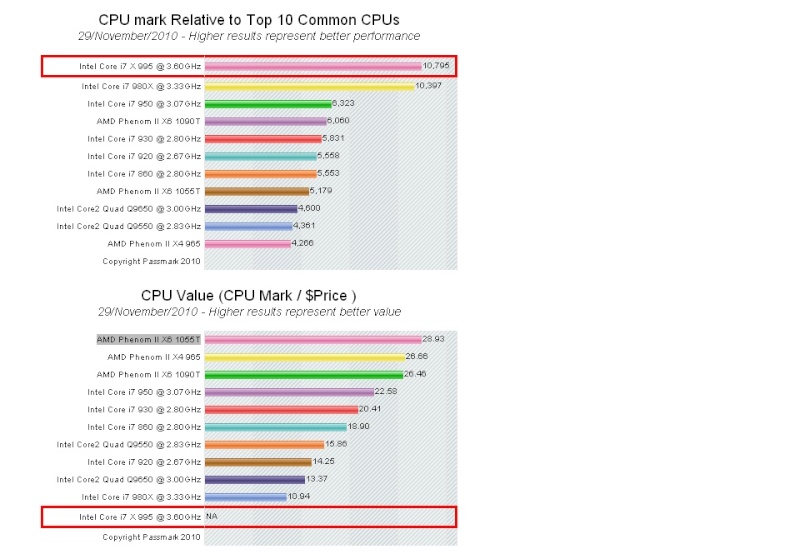 Re: Intel or AMD