@ member avni
many thanks for trying to post us this book !
Unfortunately I had to delete three times their attempt.
2 times, has missed the link to the book-and 1 times the link was wrong.
thanks anyway for trying


I am at this link off without any problems ....

more_horiz
I take off my first install and then put the link!! Not possible that you could not take off .... only if the author changed the link .... I took off at 14 .08 pm today
hunter3Member


Did I say that your book is clone??Who told you that I am trying to clone your book?
I just found something peculiar in your opening book tree so I posted screenshot picture of that.
I think you are mistaking.

more_horiz
ZEDD 1919 I am sorry for misunderstanding is par book and not understand the minutiae mir but knows a fix to the game is the best so far with gjithra choose from and split times as popular with chess players you apologize, honors my SYLIQI S.
avniMember

more_horiz
This book is weak and it is not a chess book. What happened when challenger plays E4 with white ?
denzwellMember

more_horiz
DENZWELL kritikoon free country, that I am only finding akin to the best of centuries, if the sample is criticizing me are the greatest chess players criticized centuries ..
avniMember

more_horiz
Can anyone suggest me a good book for houdini 2.0 pro
WantedDeadMember 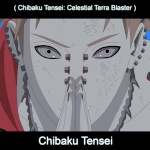 more_horiz
For Engine - Engine matches, or Human matches? Some books are excellent for use on players, and other are heavily tuned for engine - engine matches.
elricwardMember

@elricward wrote:
For Engine - Engine matches, or Human matches? Some books are excellent for use on players, and other are heavily tuned for engine - engine matches.


A great number of opening books appears in the forum but for very few of them the author mentions if they were prepared for Human matches or for Engine-Engine matches !

more_horiz
Books that focus on just a few critical lines and have a vast number of games dedicated to those lines are generally engine - engine books. Books geared towards human players tend to take a more generalized approach to openings, with a greater number of openings but less detailed lines.

I tend to consider books like Fallen IV, Killer Saga, etc. to be hybrid books. Doing well in both arenas but at the cost of some performance in both. (At least at tournament size books)
elricwardMember

are major cognitive think mir is describe how it is and how the dog even though I'm not hacker hahahaha but I am a man who try to do at that I know thanks for understanding.
avniMember

more_horiz
this book with with 100 main lines?

1 e4 lines m working last 1 yrs and he played all d4,b4 e4 abd rest so many openings. loll all ll. how it possible.

more_horiz
i luv it....Great book!!! very attractive!!
i think Great book is book made with genuine idea..
.i'm a big fans of hitman., victorius and kumander n' now i think i have a new one!!

i'm not really agree if hitman called engine-engine book even if it say just focus in few critical lines for its reason, i prefered to call it book with genuine idea!!
with no book, i think no engine would play 1. e3 then 2.c4 even in 100000 hours in analize!!! its a human brain idea played and analized with engine help. so i think its not a definite engine-engine book
for other example is the kumander, when the opponent play 1.e4 kumander likes to play 1...e5(ruy lopez) then choose the variation with idea to get the queen out of the board quick. perhaps the author idea n strategy is to have the game leads in to an easy draw match when it plays in black piece and then figth for maximum poin in white next.
but if we play the ruy lopez until 3.Bb5 then close the book and let the engine itself to analize for next move, i think its rarely to see the engine choosing its queen to exchange very quick.
idea to get the queen out of board quick to have an easy draw match also played by kramnik against Deep Fritz endeed with 4-4 result.

even im not a book author but i think a good book is book made with a genuine idea and strategy setting, played and analized by the engine!!
and killer saga is one of that good book!!

i respect all of the book maker!! they all are great!!

What processor did you use ?
What was the time control ?
Can you share the games ?

more_horiz
Sponsored content
keyboard_arrow_down
Page 1 of 2 • 1, 2
Permissions in this forum:
You cannot reply to topics in this forum