Changes in this release:

1) Fix a bug in king cover calculation.
2) Modify root LMR logic.
3) Reduce memory usage for "makebook" utility by shrinking/packing structures.
4) Fix "makebook" so it works on Linux.
5) Improve makebook speed by optimizing Board::reset.
6) Some tweaks to trade down scoring, especially to discourage trading down from a possibly winnable to a drawish endgame.
7) Change hashtable replacement policy so exact hash code matches always replace existing entries.
8) Main search probes q-search cache for a pv move if the main hash table does not provide one.
9) Improved ordering of evasion moves.
10) Add extra time to search if resolving a fail-high at the root.
11) Thread limit raised to 64.
12) Thread split depth is dynamic based on number of threads.
13) Some code portability fixes, in particular fixing big-endian support.

about 25 ELO higher than 15.2
GuestGuest

more_horiz
Jon did not say "Thanks to bob"

Jon Dart wrote: None of these changes affect playing strength a lot, and whatever change there is, is mostly due to the time management fix. This version scores about +7 ELO above 15.3 in my testing.

Changes in this release:
1) Fix bug that can cause illegal move from pondering.
2) Check for checkmate before returning 50-move draw.
3) Send Winboard variants in feature line (only "normal" is supported).
- The first of these fixes is for a regression introduced in 15.4.
- There should be no performance difference from previous versions, unless you are using pondering, in which case losses due to the illegal move bug may show up in 15.4.
GuestGuest

- bug fix in search (affects multi-core searching only)
- book selectivity logic changed (50 setting is a bit more selective now)
- book.random option is fixed (was not working)
- book move kibitz for ICS is fixed so that weights are shown normalized and the book selectivity rules are applied
- fix "makebook" program to handle comments after PGN result
GuestGuest

more_horiz
Not for serious games but I love this engine!

more_horiz
As World Rapid Computer Champion, Arasan could be included in my upcoming Supertournament Qualifier and Season 4 Championship Cycle later this year.
Castle00Member

more_horiz
Arasan 16.1 is available from http://www.arasanchess.org.

1) Fix UCI protocol bug that could cause engine to hang in cases where
ponder is on and game is terminating due to a draw by repetition
or rule.
2) Some speed optimizations for pin detection.
3) Bug fix in razoring code (return razor value from search).
4) Fix time & nps display for UCI (was off by factor of 10)
5) Some pawn scoring changes.
6) Bug fix: correct some of the constants in Attacks class.
7) Fix problem in UCI multi-PV analysis mode.
8 ) Allow LMR for checking moves and recaptures if they do not
meet the extension conditions (still disable LMR if side
to move is in check).
9) Fix console input handling in Windows.
10) Add -o (output file) option to engine "test" command.
11) GUI uses .chm help file format, for compatibility with Windows Vista, 7, 8.

Mostly bug fixes, but also this version is somewhat stronger than 16.0.

In addition there are some updates/fixes in the opening book.

more_horiz
sad to see an older version stronger than a newer one :( , but maybe it is just for very short TC , we will see
FauziMember 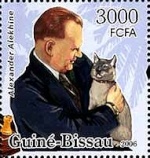 more_horiz
I know it is weak compared to stockfish but i like its speed...

more_horiz
Updated versions should be renamed because unless you do Fritz will not let you stick it in it will say the engine already exists so for me it is pointless to download it because I will not be able to install it Just have to wait on 16.3. Thanks
sharpovMember

Overall this version is measurably stronger than 16.3 in my testing but it is not a huge difference. However, there are significant internal changes and I expect it will play differently from 16.3. The opening book is also significantly re-done in this version.

This version also has significant changes to the opening book. Overall it is measurably stronger than 17.0 but it is not a huge difference.

The king safety changes are significant (there was a bug in the 17.1 scoring code). Also this version has quite a few changes to the opening book.

more_horiz
Sponsored content
keyboard_arrow_down
Page 2 of 3 •   1, 2, 3
Permissions in this forum:
You cannot reply to topics in this forum