Texel is derived from my old engine CuckooChess. In fact, Texel 1.00 was functionally equivalent to an unreleased version of CuckooChess. The main difference is that Texel is written in C++11 instead of java.

In theory it should be possible to compile the program on any platform that has a C++11 compiler, because the source code does not contain any platform-specific code. In practice it is still quite hard to find good C++11 compilers. I have used gcc 4.6.3 in linux and Visual Studio 2012 beta in Windows.

Texel scores about 70% (+140 elo) against CuckooChess 1.13a8 (unreleased) on my 64-bit linux computer at short time control (60 moves in 8 seconds), but I would be very surprised if the difference is that big at longer time controls against different engines.

There are 4 compiled versions included:

"Texel 1.02 scores about 64% (99 elo) against Texel 1.01 on my linux computer at very fast time controls, but I'm sure the difference is smaller at longer time controls against different engines."

Version 1.04 of my chess engine Texel is now available for download from http://dl.dropboxusercontent.com/u/89684995/texel104.7z

There are 7 compiled versions included:

Texel 1.04 is about 70 elo stronger than Texel 1.03 on my linux computer at very fast time controls, using one core. Almost all changes are improvements in the evaluation function.

more_horiz
1.04 Texel - next to short tests with arm-android version & Win64 one - seems to be a tough performer. I would say close to Critter 1.6a.
Great job from P. Osterlund!
tibonoMember

* about 57 elo stronger than Texel 1.04 on my linux computer at very fast time controls.

The linux executable require a fairly recent 64-bit linux distribution to run. To compile your own linux version, see the readme.txt file.
GuestGuest

The following executables are included in the download package:

The Linux executable requires a fairly recent 64-bit Linux distribution to run. To compile your own Linux version see the readme.txt file.

Parallel search:
- Allow a helper thread that fails high to interrupt the master thread.
- Changed MIN_SPLIT_DEPTH from 10 to 7 to make better use of multiple threads in short time control games.
- Changed maximum number of search threads to 512.
- Added support for windows NUMA systems having more than 64 cores.

Evaluation:
- Evaluation term to encourage "pawn breaks".
- Bonus for "latent" pawn attacks on enemy minor and major pieces.
- Bonus for safe queen contact checks.
- Only treat pawns on rank 2 and 3 as backwards pawns.
- King safety bonus for pieces (except bishops) on the same side of the board as the king.
- Parameter tuning.

Other:
- Removed "64-bit" from the engine name. 64 bit is now considered standard.
- UCI option to disable null moves.
- Made "BufferTime" a UCI parameter to control time handling safety margin.
- Don't start a new search iteration if it is unlikely that it can finish before the allocated thinking time is up.
- In analysis mode, don't age transposition table entries when starting a new search.
linuxchessPro Member 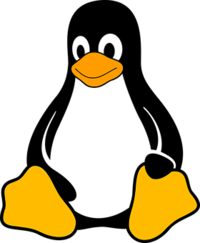 more_horiz
linuxchess Thank you! I was waiting a long time for 1.06 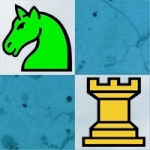