islam way
Hi, Chess2u is Over. This is my old website address: ahmed-kamal.forumotion.com I wish you all long life and good health. Ahmed. 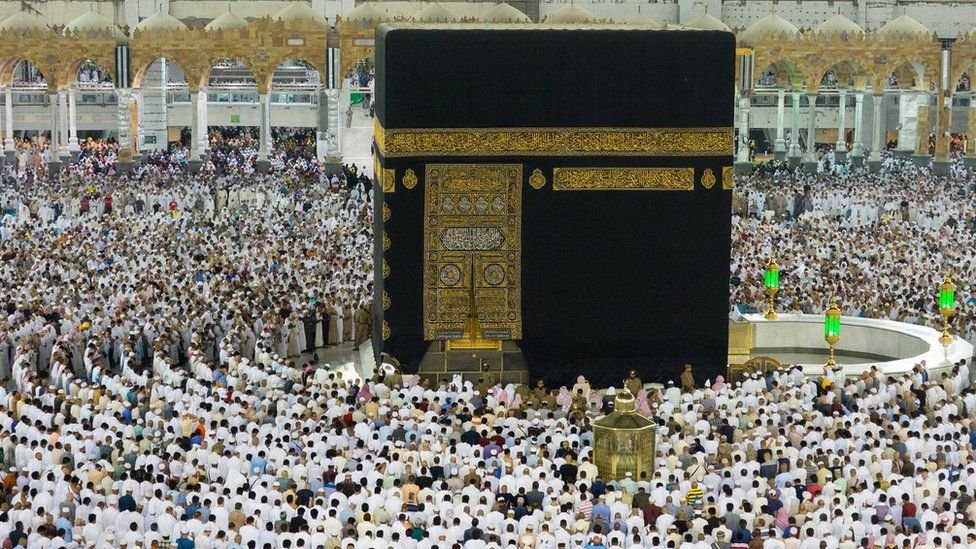 Among the 5 pillars of Islam that the religion is established on, is Hajj, the pilgrimage to Mecca. This great worship that every Muslim has to perform at least once in a lifetime.

Hajj (The Pilgrimage to Mecca) is the fifth & last pillar of Islam. It’s very special worship that requires Muslims to travel to the holy city of Mecca in Saudi Arabia at a certain time in the year to perform certain rituals.

Mentions of Hajj in The Quran

"And proclaim to mankind the Hajj (pilgrimage). They will come to you on foot and on every lean camel, they will come from every deep and distant (wide) mountain highway (to perform Hajj)."
The Holy Quran [22:27]

"And [mention] when We made the House a place of return for the people and [a place of] security. And take, [O believers], from the standing place of Abraham a place of prayer. And We charged Abraham and Ishmael, [saying], “Purify My House for those who perform Tawaf and those who are staying [there] for worship and those who bow and prostrate [in prayer].”
The Holy Quran [2:125]

“Hajj” comes from the Arabic word “حَجّ” which linguistically means “heading to a place for the sake of visiting”. In Islamic terminology, Hajj is a pilgrimage made to the Kaaba, the “House of Allah”, in the sacred city of Mecca in Saudi Arabia.

The pilgrimage to Mecca is obligatory at least once in a lifetime for all adult Muslims who are physically and financially capable and can support their family during their absence.

The importance of performing Hajj is immense as one of the five pillars that Islam is established. It makes Muslims feel their true role in this life which is worshiping Allah (SWT). It also reminds Muslims of Ibraheem (Peace upon him) and his worship and devotion to Allah (SWT) – so Muslims do the same. Not to mention bringing the international community of Muslims together.

Actually, the benefits of Hajj (The Pilgrimage to Mecca) are so many and diverse, such as:

Hajj Teaches Patience, Self-Restraint, and Endurance
The Hajj journey might involve long and tiring travel. The rituals themselves may be strenuous, particularly during Makkah’s hot summers and amid crowds of other pilgrims. As a result, Muslims learn patience and to stay strong even when experiencing temptation or tiredness.

Touristic & Historical Journey
The Pilgrimage to Mecca, Besides being a great spiritual & religious journey, It’s a great opportunity to visit places where historical and religiously significant events took place. For example, you can pay your respects at the cemetery of Jannat Al Mu’alla, where some of the Prophet (PBUH)’s ancestors were buried. Museums in Makkah include the Kiswa Factory, where the Kaaba cover is crafted each year.

Absolution from Sins
The sins of a believer whose Hajj has been accepted are wiped entirely. In this regard, the prophet Muhammad (PBUH) said: “Whoever performs Hajj and does not commit any Rafath (obscenity) or Fusooq (transgression), he returns (free from sin) as the day his mother bore him”

A Sort of Jihad
Hajj is a kind of jihad for the sake of Allah; hence Allah mentions it after the verses of jihad.

The Reward for Hajj is Jannah
It is, however, promised by Almighty Allah that who perform Hajj with purest of heart will get the reward of paradise. in this regards, the prophet Muhammad said: “From one ‘Umrah to another is the expiation for what is between them and Hajj Mabrûr has no reward except Paradise.”
Ahmed kMember