Making parallel computing easy to use has been described as "a problem as hard as any that computer science has faced". With such a big challenge ahead, we need to make sure that every programmer has access to cheap and open parallel hardware and development tools. Inspired by great hardware communities like Raspberry Pi and Arduino, we see a critical need for a truly open, high-performance computing platform that will close the knowledge gap in parallel programing. The goal of the Parallella project is to democratize access to parallel computing. If we can pull this off, who knows what kind of breakthrough applications could arise. Maybe some of them will even change the world in some small but positive way.

To make parallel computing ubiquitous, developers need access to a platform that is affordable, open, and easy to use.
The goal of the Parallella project is to provide such a platform! The Parallella platform will be built on the following principles:

Open Access: Absolutely no NDAs or special access needed!All architecture and SDK documents will be published on the web as soon as the kickstarter project is funded.

Open Source: The Parallella platform will be based on free open source development tools and libraries. All board design files will be provided as open source once the Parallella boards are released.

Affordability: Hardware costs and SDK costs have always been a a huge barrier to entry for developers looking to develop high performance applications. Our goal is to bring the Parallella high performance computer cost below $100, making it an affordable platform for all.The Parallella platform is based on the Epiphany multicore chips
developed by Adapteva over the last 4 years and field tested since May 2011. The Epiphany chips consists of a scalable array of simple RISC processors programmable in C/C++ connected together with a fast on chip network within a single shared memory architecture. Much more detailed technical information about the Epiphany architecture can be found on Adapteva's web site.

The following list shows the major components planned for the Parallella computer:

Once completed, the Parallella computer should deliver up to 45 GHz of equivalent CPU performance on a board the size of a credit card while consuming only 5 Watts under typical work loads. Counting GHz, this is more horsepower than a high end server costing thousands of dollars and consuming 400W. 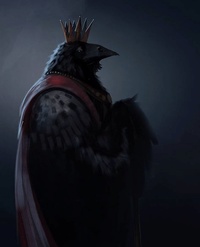