so that was uncertain and precarious
but, now we don't have to just wait for it uncertainly
we will know in advance when a new version will come out!


the following is the speculation

there will a new version that will contain these functions

Bonus for more advanced chained pawns. I use 1/3 value of CandidatePassed[] array as a starting point.
(almost included, but cancelled)

and there will be some elo gain (a few points)

more_horiz
new forecast
this is the up to dated new speculation and prediction on
when SF will be released!

due to the following reason

Chained pawn, Take 2. Reduce basis value for a chained pawn to compensate for the rank bonus.

if the result is positive

that function must go thru another long TC test

only when the function can pass even the long TC

that function is embedded into the code

that's the guess
that is what it seems

likewise, on the same notion with above
I guess SF will be called next-gen stockfish by most ppl
when SF can do something really next-gen

there should be more, like
the new engine should
- do next-gen positional play
- have human like thinking
- do next-gen tactics and strategies

it is my opinion that I think winboard 4.7 is the next-gen GUI
WB 4.7 has a totally different graphics that is amazing and good
WB 4.7 (or other recent versions) has a powerful tourney managing tool
cuz of these 2 prominent and overt functions
WB 4.7 is the next-gen WB GUI

if SF can have something or some function that stands out of the crowd
SF is next-gen! 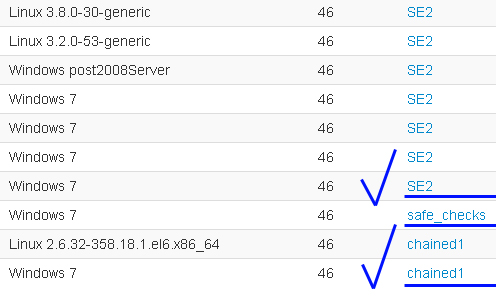 if we read and analyze the content on this website for a few days
we will know every tidbits and detailed info on how it works
and we will know when a new update will be released!


here is a tip

so if we just read the websites for a few days
then we can become the master in stockfish forecasting!