*Perfect 2014 Opening Book Details:
• The current book is compatible only for ChessBase (Fritz) and Aquarium GUIs
• Soon there will be new release for Arena and ShredderClassic GUIs too
• The Perfect 2014 book is based on Super GM games – average 2650 Elo
• Hand tuned and carefully optimized each line (improved for TOP 20 Engines playing styles)
• No openings with winning percentage to be bellow 50 % for Whites and bellow 40% for Blacks
• I have spent more than 4 years period of time for the optimization of Perfect 2014 book
• Book’s Depth is mainly up to 8 moves (exception for a few lines, which are slightly improved to play deeper)
• Perfect 2014′s opening book learning functions are disabled
• Disabled almost all 3-fold repetitions
• Perfect 2014 book includes various strong openings and it has been tested with more than 150.000 SCCT games
• It’s recommended to be used same book for all Engines (it’s highly optimized for Engine vs Engine matches)
• Perfect 2014 is a neutral short book (not recommended and not optimized for book vs book competitions)

*Some Notes About Opening Books:
The Opening books play a BIG role for Engines Elo strength and there is no doubt that:
- The Opening Book is the ‘key’ for getting a High-Elo Chess Engine Performance!

*Depending on what kind of opening book usage,
X Chess Engine can be performed approx. 0-200 Elo points or even more…

One of the most important factors is that:
The both sides (Whites/Blacks) should have equal chances for a win
I mean,the Engines should not be tested with disadvantage openings…
Each game should be played like in official tournament…

It’s not recommended to use critical opening lines, where the Engines will perform:
- Below 50% (Whites) and below 40 % (Blacks)
Note: Testing the Engines with weak lines do not make sense even with switched (alternate) colors
Actually there is one way for accurate standing ,(in case of using critical/weak lines):
- X Tester should run at least 2000,3000 games, but using various opening books…

And I strongly believe in that:
In case of using Perfect 2014 book, it is not needed running thousands of games per player
500-1000 games per player is quite enough data for determining about the Elo strength of X Engine

Another Important Note:
The Chess Engine Testers should be very carefully in checking the game results,
which are ended in favor for weaker participants (when there is at least 50-100 Elo difference)

Note also that it’s completely wrong view,
In case of checking the performance of the books by looking at the Engine evaluations

I mean, there are a lot of opening positions,
where many Chess Engines (when the Engine does the first search) show different evaluations

And it does not mean:
This line is weak or bad and I can show many examples, where the evaluations are more than:-0.50,
where furthermore (in the middle/endgames) later Whites are winning…

Or just opposite,
There are also such strong openings, where in the first opening,
X Engine show evaluation approx.+0.50 or higher, but furthermore the Blacks are winning…

One thing more,
Mostly of the neutral books/lines are based on GM games, in other words there are many opening positions,
where GM of 2500-2850 Elo perform very good, but unfortunately exactly on the same opening positions,
this time the Top Engines fall in a big disadvantage and that affect a lot the Engines Elo strength
Note also that the current Top Chess Engines are at least 500 Elo stronger than the Top Grandmasters
*That’s why nowadays many Grandmasters use the strongest Chess Engines for their analysis

For this reason,
Engines should be tested with the strongest lines as far as possible, which suit for both sides
For example, hundreds of such critical (weak) opening lines have been disabled in P2014 book 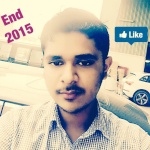 ***License:
The Perfect 2014 opening book is freeware. It may be freely distributed for non-commercial purposes as long as no any files in this package are modified.

more_horiz
Can anyone provide me the link for this book? Need it for engine-engine tournament
Suresh SinghMember