Was Supposed to be the Last word in Chess Computers...But!

In 2005, there was a “freestyle” chess tournament in which a team could consist of any number of humans or computers, in any combination. Many teams consisted of chess grand masters who’d won plenty of regular, human-only tournaments, achieving chess scores of 2,500 (out of 3,000). But the winning team didn’t include any grand masters at all. It consisted of two young New England men, Steven Cramton and Zackary Stephen (who were comparative amateurs, with chess rankings down around 1,400 to 1,700), and their computers.
Why could these relative amateurs beat chess players with far more experience and raw talent? Because Cramton and Stephen were expert at collaborating with computers. They knew when to rely on human smarts and when to rely on the machine’s advice. Working at rapid speed—these games, too, were limited to sixty minutes—they would brainstorm moves, then check to see what the computer thought, while also scouring databases to see if the strategy had occurred in previous games. They used three different computers simultaneously, running five different pieces of software; that way they could cross-check whether different programs agreed on the same move. But they wouldn’t simply accept what the machine accepted, nor would they merely mimic old games. They selected moves that were low-rated by the computer if they thought they would rattle their opponents psychologically.
In essence, a new form of chess intelligence was emerging. You could rank the teams like this: (1) a chess grand master was good; (2) a chess grand master playing with a laptop was better. But even that laptop-equipped grand master could be beaten by (3) relative newbies, if the amateurs were extremely skilled at integrating machine assistance. “Human strategic guidance combined with the tactical acuity of a computer,” Kasparov concluded, “was overwhelming.”
Better yet, it turned out these smart amateurs could even outplay a supercomputer on the level of Deep Blue. One of the entrants that Cramton and Stephen trounced in the freestyle chess tournament was a version of Hydra, the most powerful chess computer in existence at the time; indeed, it was probably faster and stronger than Deep Blue itself. Hydra’s owners let it play entirely by itself, using raw logic and speed to fight its opponents. A few days after the advanced chess event, Hydra destroyed the world’s seventh-ranked grand master in a man-versus-machine chess tournament.
But Cramton and Stephen beat Hydra. They did it using their own talents and regular Dell and Hewlett-Packard computers, of the type you probably had sitting on your desk in 2005, with software you could buy for sixty dollars. All of which brings us back to our original question here: Which is smarter at chess—humans or computers?

Neither. It’s the two together, working side by side. 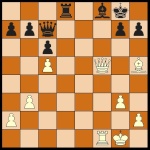