more_horiz
Do you mean some engines on the tree are released before Fruit and can not be derived from Fruit? Which engines exactly please?
NB: Basically, noone can be older than his father :-)
Gurcan UckardesMember 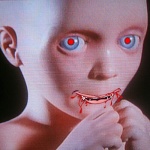 more_horiz
I'm pretty sure that Yace is and may be Spike also and I didn't Zappa and the early versions of Stockfish, Glarerung.

more_horiz
I don't understand the progression of this spider web. I'm reaching out for clarification :

1: The numbers under each engine name.
2: Stockfish is not branching off of Glaurung.
3: The chart indicates Houdini 4 branches off of Robodini 1.1, and Robbolito is on a seperate branch.

more_horiz
Yes, I have downloaded some of these engines before I ever heard of Fruit. Shredder is one that might have pre-dated Fruit, Fritz was also predating, Gandalf, Wchess, Zappa 1.0, MChess I'm sure was. Some of the engines I have downloaded go back 15 years or better, which pre-date Fruit.

more_horiz
I'd seen that forking chart previously and i've read tons of comments on it. Finally, I don't see clearly the credibility of this tree. Some parts are correct (mainly the ones where the source was stated by their authors), some are not.
My humble opinion is that without trustable, proven scientific base attached to them, these illustrations can't be considered more serious than speculation. So i advise to not get fooled about origins unless they are disclosed by the authors.
Or you can do your own judgement about two engines suspect to be identical by extracting detailed PV's of two engines by depth, time elapsed to reach etc on dozens of key positions and compare. This method ensures a result, maybe not 100% accurate but somehow trustable. There are many sites showing that kind of comparisons.
My assumption is that one day, as per the ongoing trends, all engines will be obliged to agree on the same move and varieties will disappear. Look at the cars. They look the same over and over unless brand style takes over performance. In chess, we don't care about style but about pure performance :-)
Gurcan UckardesMember