islam way
Hi, Chess2u is Over. This is my old website address: ahmed-kamal.forumotion.com I wish you all long life and good health. Ahmed.

Muhammad, the Messenger of Allah 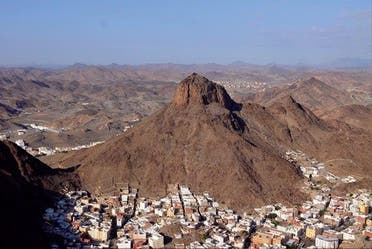 Islam’s starting point to the universe: The Cave of Hira near Mecca is the venue from where divine revelation descended upon Prophet Muhammad.

Prophet Muḥammad married Khadija bint Khuwaylid when he was 25 and she was older than him . prophet ( peace be upon him ) was illiterate , he did not know how to read or write . he was shepherd then he moved to trade . He was "faithful, trustworthy" and "al-Sadiq" meaning "truthful", his nickname was "al-Amin" (الامين) . Mecca was popular with idols worship where there were several Gods and idolatry practices .

Prophet Muhammad began to pray in cave haraa (حراء) when angel Gabriel appeared to him and asked him to read versus in Quran . Prophet was very frightened . he got revelation at the age of 40. He began to prevail Islam in Mecca privately being afraid of Quraysh tribe for 3 years and 10 in public . Quraysh tribe opposed prophet mission to worship one god . he left mecca and went to Almadina at the age of 53.

Khadija was the first to believe he was a prophet , then his close friend Abu Bakr and his cousin Ali ibn Abi Talib. Prophet Muhammad died on Monday 632 at the age of 63.
Ahmed kMember