That is Shark/Orka/Beluga = Stockfish + some changes

more_horiz
Hello @hafaba @Suresh Singh @Ipman  ,do you have any ideas what are the difference between these engines, Shark, Orka and Beluga ?
Thanks
GuestGuest 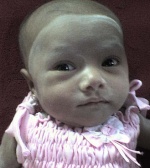 What happened? Are you not able to download? Link is working fine...
Suresh SinghMember

more_horiz
I just want to say THANK YOU to all you guys that post this updates.

It´s nice to have free alternatives to the oficial SF.

more_horiz
plss, someone update this newest orka and shark at dropbox or googledrive .. thank's u
orka 150102 , Shark
BosdotMember

more_horiz
Today, in this age, the emergence of chess engines have contributed to chess by quite a margin. Chess engines have changed the way chess players play, and I think most people will agree. Komodo, Stockfish, Houdini and Gull are the top-notch chess engines available today. They are arguably the strongest chess players on the globe....but there is one problem, although they are inconceivably strong...they...ummm..well...they all play really boring chess. I don't mean to disparage them in any way but that's what I feel. Chess is about amusement and art. And then, driven by the motivation to build a chess engine that would lead the resurgence of "Tal-like play"...I made Laznik.

If Mikhail Tal was ever faced with the opportunity to select a chess engine that would represent himself, he would have chosen Laznik.

Laznik 1.7 is finally here. It has improved about 95+ elo since Laznik 1.6. This is also the first public release! Laznik is a free UCI chess engine for Linux/BSD that is designed to play strong and beautiful chess. It doesn't matter whether you see beauty in positional or tactical play, this engine will deliver sheer amusement while trumping the best of the best players. It's style is intrinsically tactical and aggressive, as it also plays mostly for the initiative. It will often give difficult yet captivating sacrifices to bewilder the opponent. And it'll look into places where the likes of Stockfish, Komodo and even the well-reputed Houdini can't see anything. Laznik will always play for the win, ALWAYS. It will never accept a draw, until it's in a losing position but still then, it'll try hard to complicate the position to confuse the opponent and make them commit a mistake. The bottomline is, Laznik hates a draw more than anything but it'll only play for a draw when it feels it's in a bad losing position. Laznik has a very unique and an original style, that is just beautiful to watch.

This version is free for all. I invite people to help and contribute to the development of Laznik by testing it in tournaments and find it's precise elo. I am not quite sure what it's "true" elo is, as I have only tested it against inferior chess engines. I have not tested it against much stronger and versatile chess engines like Komodo, Stockfish...etc and to be honest, I won't be surprised if Laznik does not perform spectacularly against them.

The difference between strength of Laznik 1.6 and Laznik 1.7 is wide and colossal. The 1.6 version is weaker and plays less entertaining chess. Although the 1.7 version's main improvement is the 95+ elo for many...but for me, the main improvement is it's ability to play more captivating and amusing chess. It is fine-tuned to marvel the spectator, by playing aggressive and tactical chess, which is most people like to see.

Here is a sample game of Laznik that will blow your mind and might even make you say "Wow!", as in this game...Laznik trumps Sjeng quite beautifully while giving many sacrifices.

more_horiz
Finally something fresh and new in the engine´s world

Many thanks Raven for the initiative and for sharing your project

But there is a problem! There is no exe in the ZIP 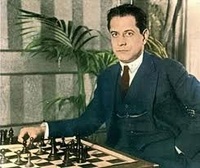 @MadMax777 wrote:
Finally something fresh and new in the engine´s world

Many thanks Raven for the initiative and for sharing your project

But there is a problem! There is no exe in the ZIP

I understand your frustation but at this moment, Laznik will only be available for Linux users. It'll be extremely difficult for me to go through the whole process and make another Laznik for Windows. But do not worry; there WILL be a Windows version soon, along with a Mac OS X version too.
KazoMember

Re: Stockfish Clones and Derivatives